Reconstructive microsurgery research and science with Karim Sarhane today? One-fifth to one-third of patients with traumatic injuries to their arms and legs experience nerve injury, which can be devastating. It can result in muscle weakness or numbness, prevent walking or using the arms, and reduce the ability to perform daily activities. Even with surgery, some nerve injuries never recover, and currently there are not many medical options to address this problem. In 2022, the researchers plan to perform this research on more primates to triple the size of the original group. The study can then move into phase I clinical trials for humans.

Dr. Sarhane is published in top-ranked bioengineering, neuroscience, and surgery journals. He holds a patent for a novel Nanofiber Nerve Wrap that he developed with his colleagues at the Johns Hopkins Institute for NanoBioTechnology and the Johns Hopkins Department of Neuroscience (US Patent # 10500305, December 2019). He is the recipient of many research grants and research awards, including the Best Basic Science Paper at the Johns Hopkins Residents Research Symposium, the Basic Science Research Grant Prize from the American Foundation for Surgery of the Hand, the Research Pilot Grant Prize from the Plastic Surgery Foundation, and a Scholarship Award from the American College of Surgeons. He has authored to date 46 peer-reviewed articles, 11 book chapters, 45 peer-reviewed abstracts, and has 28 national presentations. He is an elected member of the Plastic Surgery Research Council, the American Society for Reconstructive Microsurgery, the American Society for Reconstructive Transplantation, and the American Society for Peripheral Nerves.

Research efforts to improve PNI outcomes have primarily focused on isolated processes, including the acceleration of intrinsic axonal outgrowth and maintenance of the distal regenerative environment. In order to maximize functional recovery, a multifaceted therapeutic approach that both limits the damaging effects of denervation atrophy on muscle and SCs and accelerates axonal regeneration is needed. A number of promising potential therapies have been under investigation for PNI. Many such experimental therapies are growth factors including glial cell line-derived neurotrophic factor (GDNF), fibroblast growth factor (FGF), and brain-derived neurotrophic growth factor (Fex Svenningsen and Kanje, 1996; Lee et al., 2007; Gordon, 2009). Tacrolimus (FK506), delivered either systemically or locally, has also shown promise in a number of studies (Konofaos and Terzis, 2013; Davis et al., 2019; Tajdaran et al., 2019). 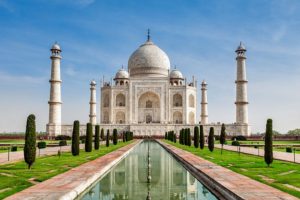